«Go Switzerland», «This year our team will be world champion» or simply «All the best!». The Swiss fans sent their national team off to Russia with personal good wishes. When the Swiss team was on its way to their first game in Samara, SWISS Airlines was the messenger of these wishes.

The Social Hub: a place of support

Regardless of whether the fans sent their motivational messages with the hashtag #WeAreSWISS via Twitter & Co., published them as a comment on Facebook or handed them in with the help of an uploader––all messages come together again on the microsite weare-swiss.com.

In no time the “social hub” turned into a “support hub” for the Swiss national team. 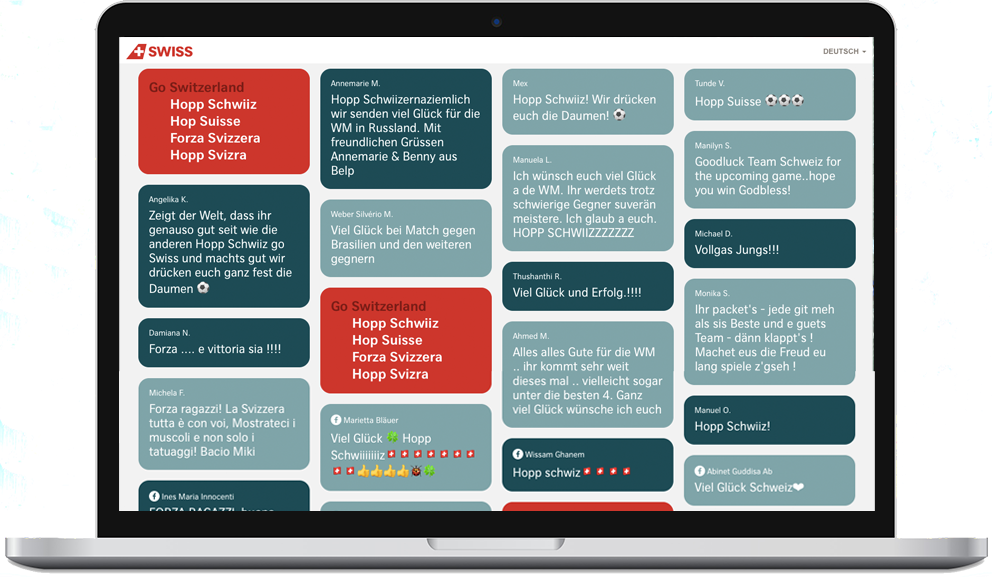 Takeoff with a surprise

The fans’ support was not meant to solely be virtual but to literally accompany the team all the way to Russia.

When the players got ready to board, they were greeted with a special surprise: on their way to the plane they passed along a wall with hundreds of motivational messages from their fans. Once they arrived in the aircraft, each of their seats had been decorated with more personal wishes. What could possibly go wrong now? 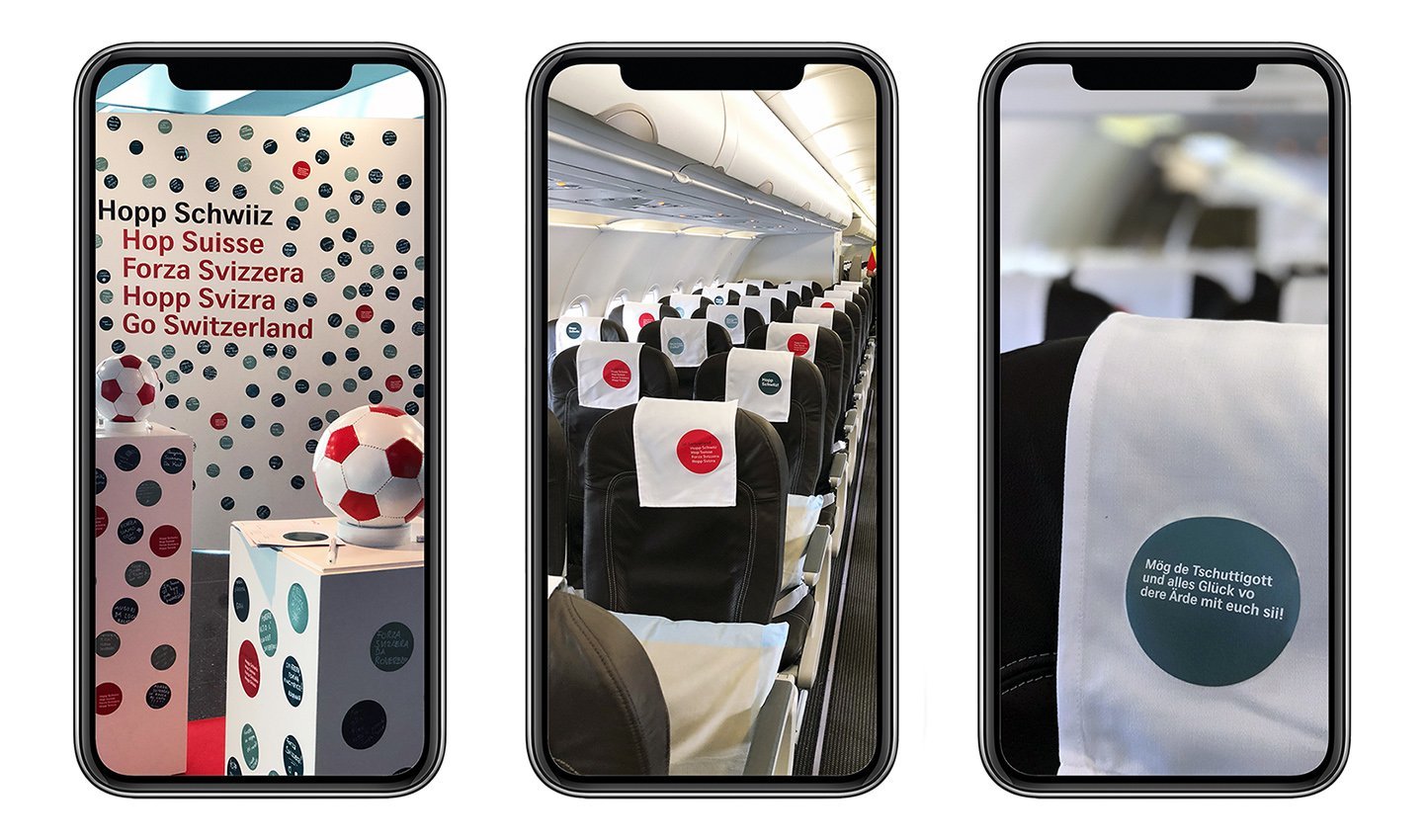 During SWISS’ support campaign contentfry used a new feature for the first time: users’ comments on a Facebook post can be aggregated, moderated and displayed as single pieces of content. This new feature is especially practical for contests and interactive campaigns as this example shows.